Our sales team is here to provide you with a wealth of information for any new home or remodeling project. Call and speak with one of our representatives today! 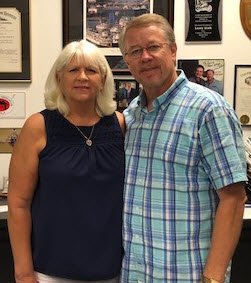 Trinity High School graduate Larry Link has owned Bonnycastle Appliance & TV since 1985 after serving many years in the appliance industry. He started with GE Product Service in 1972 and joined the Collins Company in 1980, where he worked in sales. Cindy, an Atherton graduate, left her job with Jefferson County Schools to join her husband in 1999. Cindy and Larry have two grown children, Jessica and Larry, along with four grandchildren.

Since its founding in 1918, Cindy and Larry have built Bonnycastle Appliance & TV into Louisville’s leading home and kitchen appliance company. 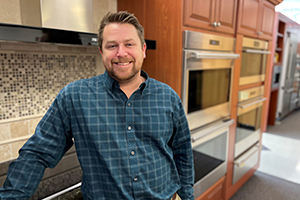 Larry Link III was born and raised in Louisville where he attended St. Albert the Great and Trinity High School. He graduated from the University of Louisville with a Communications degree and worked for a law firm for thirteen years. He got into sales five years ago working for an electrical sales company. He knew immediately sales was his calling. He came to work for the family business in the fall of 2020.

Larry enjoys working with customers and developing a personal relationship. His motto is, “It’s not just about a sale, it’s the friendships you develop with your customer.” He likes to help create a fun workplace for not just the employees but for the customers too!

He is happily married to his beautiful wife Abby, and they have three children Saylor Grace, Larry IV and Walker Boone. When he isn’t working, he enjoys time with his family and friends. He loves UofL sports, golfing, and getting out on his boat during the summer. 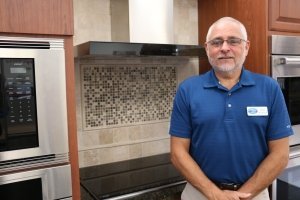 Paul “Mac” McDonald is from Zoneton, Kentucky and a graduate of North Bullitt High School. He attended Eastern Kentucky University and is a proud father of two daughters and two grandsons! He has 31 years experience with builders, contractors, designers and homeowners. Paul Mac can help keep you in budget with all of your appliance needs. 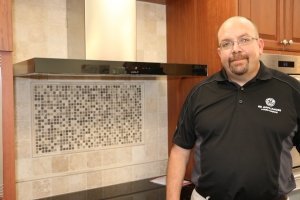 Mike Brashear is from Radcliff, Kentucky and a graduate of North Hardin High School. Currently, he resides in Bullitt County. Mike has been in appliance sales since 1993 and is very knowledgeable about the new technology found in Bonnycastle products. 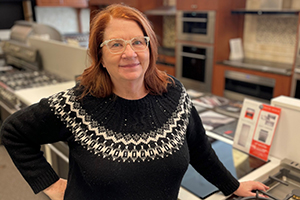 Karyn Hardin Page is a native Louisvillian, graduate of Jeffersontown High School and studied design at the University of Louisville. She has 47 years of sales and design experience and 24 years experience in Appliances.

Karyn enjoys working with homeowners, designers, and contractors to create the dream home on all budgets. She also enjoys educating clients on new products and creating solutions to achieve the desired outcome.

Experience, knowledge and the love of creating a home are a few of the many reasons to shop with Karyn. 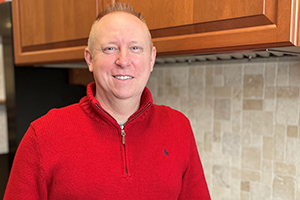 Lee Lutz is a Louisville native and attended Dupont Manual High School before going to Florida State University. Lee has over 15 years combined experience in appliance sales and management. Lee is excited to work for a family-owned business with such deep-rooted success as Bonnycastle Appliance & TV. It’s refreshing for Lee to work for a business that truly puts the customer first. Lee and his wife Allison live in Glenmarry subdivision with their bloodhound Sookie. When not working, you can find Lee and Allison traveling to Vegas or doing home remodeling projects. 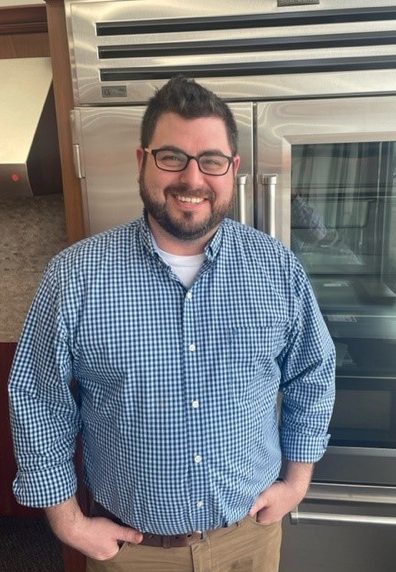 Dan Kaplan was born and raised in Nicholasville, KY. He graduated from Indiana Wesleyan with a degree in Healthcare Administration. He worked closely with physicians to ensure they had all the proper equipment and staff needed for surgery.

Dan worked in the medical field for sixteen years before deciding to make a career change and get into sales. He has been with Bonnycastle for close to a year now. He really enjoys the freedom of sales and loves working for a family-owned business. He believes that customer service is the top priority!

Dan has been married to his beautiful wife Lucy for seven years. They have two dogs Maple and Bacon. When Dan is not working, he enjoys spending time with his family and friends. 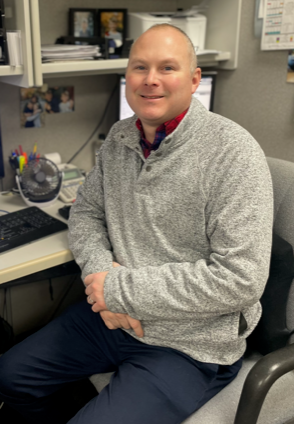 Brian Palmer was born and raised in Louisville, Kentucky. A graduate of Male High School, Brian attended the University of Louisville and graduated with a degree in Political Science in 2002.

In 2005 Brian began a career in the healthcare field which took him to Humana, The Rawlings Group, Connolly Consulting, and later Cotiviti. After twelve years paying and auditing health insurance claims, and a two-and-a-half-year stint as a stay-at-home dad, Brian started a new career working at Bonnycastle Appliance and T.V. in the summer of 2021.

Brian has been married to his lovely wife Amy Padgett Palmer for over ten years, and together they have two young strong boys Webb and Reese Palmer. Brian’s focus outside of work consists of faith, family, serving in the community, and sports of all kinds. You will likely find Brian in the office with Larry crunching the numbers and paying the bills. Stop by and say hello. 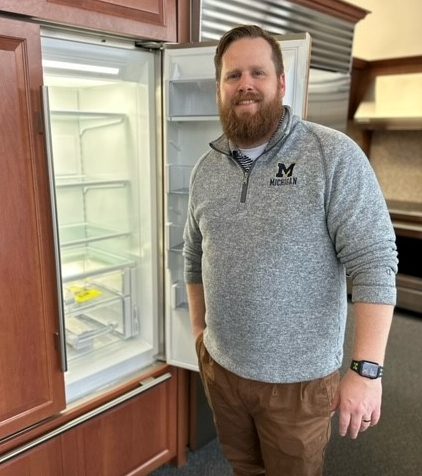 Andrew Loiacano was born in Saginaw, MI. He moved to Louisville at a young age and attended Ballard High School before going to University of Louisville and later Indiana University Southeast. Andrew worked in the Automotive Sequencing and Manufacturing industry.

After 17 years in the Automotive industry, Andrew decided to switch career paths and get into sales. He has just started at Bonnycastle.  Andrew is truly enjoying being a part of Bonnycastle team and that Bonnycastle is a family-owned business. He looks forward to working with you and believes in treating customers like family.

Andrew and his wife Sarah have 2 beautiful children, Caroline and Roman.  When Andrew is not at work you can find him spending time with his family, watching his beloved Wolverines, or playing golf with his family and friends.  He looks forward to working with you and building new relationships.